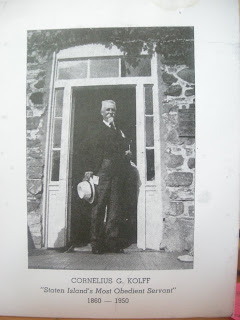 The Council on the Arts and Humanities for Staten Island (COAHSI) has just published the online version of their Spring 2009 newsletter. This comprehensive arts and culture newsletter for the Staten Island area contains the first of many forthcoming articles, and focus, upon the life and works of Cornelius G. Kolff. The feature article briefly discusses Kolff, his life and work, which ends with an event announcement surrounding his work "Staten Island Fairies," planned for April 26th. I am indebted to the work of COAHSI's Folk Arts Programming Director Frank Williams, and COAHSI's Executive Director Melanie Franklin Cohn, Carlotta Defillo Staten Island Historical Society Librarian, and Maxine Friedman Chief Curator of the Staten Island Historical Society for assisting me in helping this process begin in the research and work for the forthcoming Kolff biography and beyond.
Click here to read the full newsletter and be sure to check out the rest of COAHSI's site

The 30 minute talk to be presented by Anthony will be:

Cornelius G. Kolff loved to be called by his nickname, “Staten Island’s Most Obedient Servant,” and, as history records, he was dedicated to living up to the title. As the ‘Dean of Realtors’ Kolff was a pioneer in the real estate market, and through the affairs of his civic associations he sought to establish Staten Island as part of the commercial world stage. A descendent of a long line of merchants, traders, politicians, and businessmen, Kolff was educated and apprenticed in Europe, and his commercial successes can be linked to his familial ties as well as his predecessor and mentor, Erastus Wiman.

In Kolff’s limited literary and historical publications, as well as his scores of unpublished material—books, pamphlets, and articles—he would continue to boost the image of Staten Island through his prolific writing ventures. However, Kolff’s private realization of his self-proclaimed dualistic Jekyll and Hyde nature worked to counter the model taught him by his mentor Wiman, a model which attacked nature with an onslaught of industry. One side of Kolff’s person fulfilled the necessities of earning a living, and the other sought to replenish what his trade took or damaged. The only testament to Kolff’s environmental concern and naturalist agenda can be seen with his recognition as the first Parks Association Person of Merit for his ceaseless tree planting and advocacy for the creation of recreational parks on Staten Island.

Despite all this, who is Cornelius Kolff? The aim of this talk is to illustrate how Kolff came to be the figure eulogized as an “Apostle of Good Will,” in contrast to his lesser known efforts to preserve human interest stories. Kolff’s folkloric motivations as a writer is comparable to the compiler of the Finnish Kalevala, Elias Lönnrot, whom he was inspired by. Kolff’s establishment of the Philosopher’s Club and Retreat on Emerson Hill greatly parallels, and precedes, Tolkien and C.S. Lewis’ literary circle The Inklings.

This talk, highlighted by a photographic slideshow, will establish Kolff as an international folklorist and historian, which will cite examples of his efforts not previously known. To conclude the talk will discuss Kolff’s two fairy stories Haven of Wooden Shoes and Staten Island Fairies. These two tales are unique unto themselves and resurrect the Staten Island fairy story tradition.

It is hoped that you all are able to make it, if you are unable the talk will be made available via The Journal of the Northeast Tolkien Society. 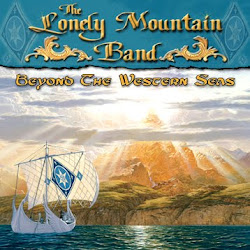